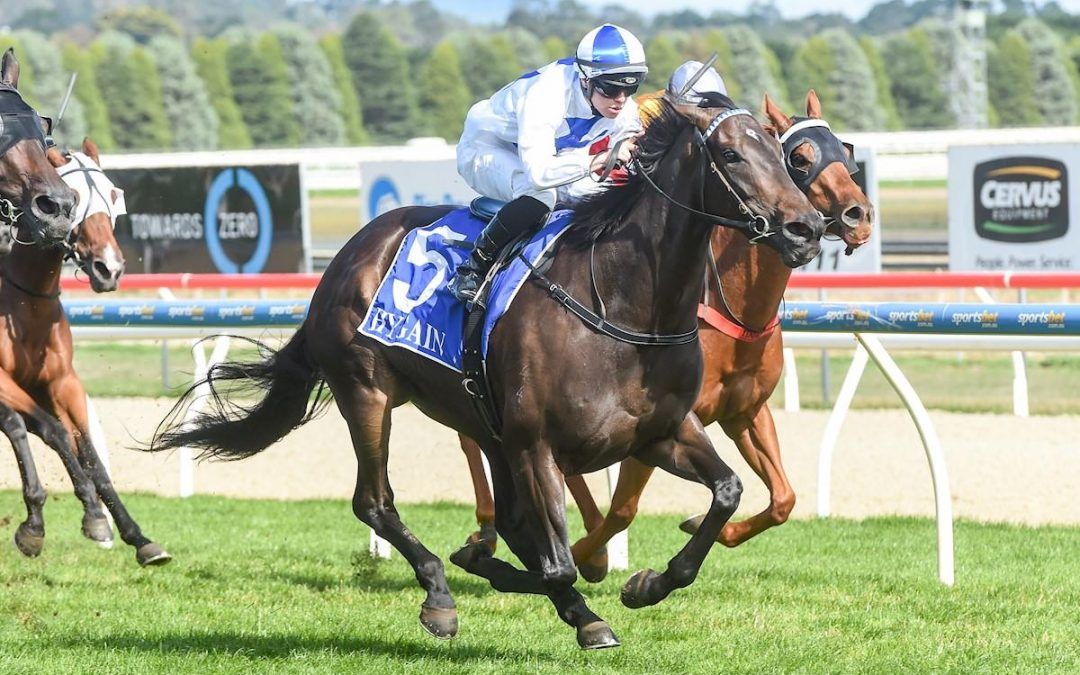 Another exciting day for our Nikki at Ballarat after Te Ata made it two wins in a row.

Te Ata was stepping up in distance and class for this outing, which made both Nikki and Dan a little nervous, but also confident knowing that she had trained on well since her win at Terang.

Will Price rode her again, and this time they were more forward in the run than planned, but the young apprentice confirmed she was travelling so well from the word go, that he simply let her settle where comfortable.

We are absolutely thrilled for Nikki who has been an extremely valuable and popular member of our team for more than five years now.

Te Ata wears Nikki’s own colours, which she chose for their similarity to those of the Laming Family from Queensland, where she spent much of her younger years.  A nice tribute to the people who have played a big part in Nikki’s life and horse racing career.

Well Miss Nikki – Te Ata has proven a much more interesting online buy than a pretty dress!  Let’s hope she continues to succeed!