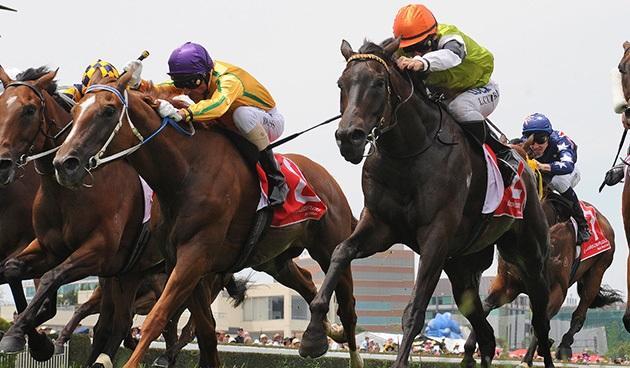 Three winners emerged out of the Swettenham Stud Summer Championship Final (1700m) at Caulfield, after a dead-heat between Tuscan Fire and Radical.

Dan O'Sullivan's nine-year-old Tuscan Fire was competing over the jumps in 2015, but fired on the flat as he earned his first win since August 2013 when he hit the line level with the Peter Moody-trained Radical.

Sadaqa's fifth-place finish was enough to see the Mick Cerchi-trained six-year-old claim the overall win in the Summer Championships, having won Heat 8 on January 9.

As a result, Sadaqa's owners will be awarded a service for the 2016 breeding season to stallionPuissance De Lune, who stands at a fee of $11,000.

Ballarat trainer O'Sullivan said the drought-breaking victory for his galloper was overdue, having chalked up nine placings since his 100-1 shock almost two-and-a-half years ago.

"He's just one of them freak old horses. He just comes up every time," O'Sullivan said post-race.

"It's been a little while since he won a race, back at the big odds he won at that day at Flemington.

"But we threw him in the deep end.

"We seem to run into every second good one of Weiry's … Taiyoo, Tall Ship. He's been running placings behind them.

"Luke got stood down, and it's the first time he's been back on him since.

"He was very good first-up at Flemington, and we left it to Luke a little bit.

"Even though he jumped slow, he rolled forward and didn't look enough pace, and it worked out good.

"Certainly happy to take half."

Tuscan Fire ($26) surprised again at odds, dead-heating with Radical ($7), while the Mick Price-trained Fast And Free ($15) was 0.2 lengths back in third.