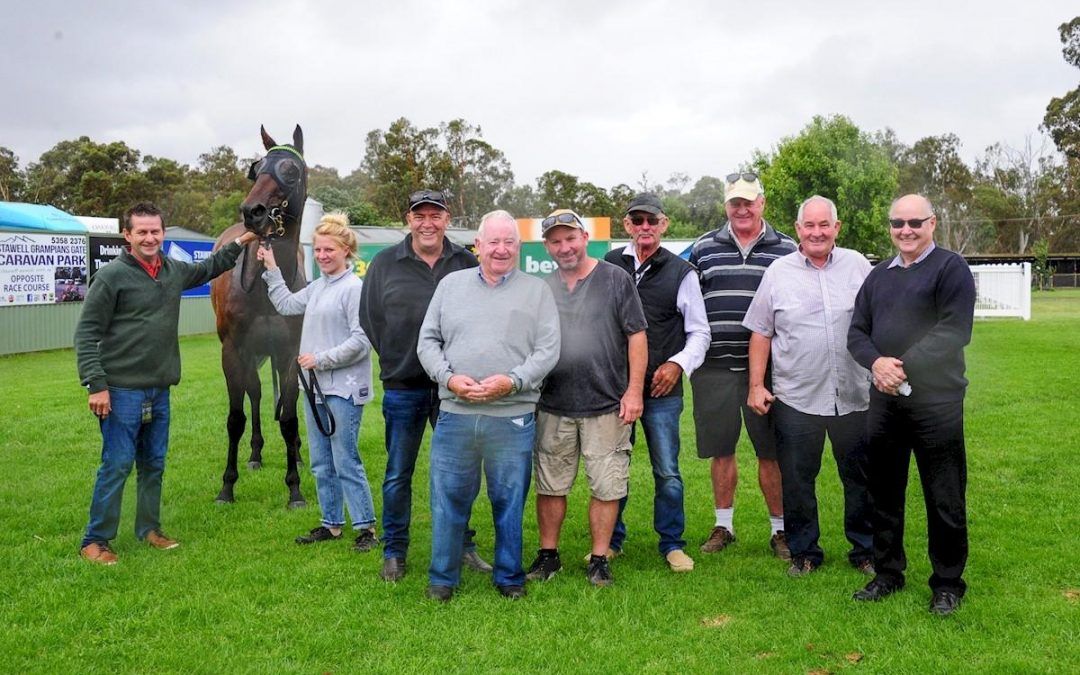 Well for today anyway……that’s because our rising star has just ridden his first ever treble at Stawell today.

Included in those was a very impressive win from a relatively new addition to our stable in Hughes The Boss.

Hughes The Boss is a half brother to the consistent galloper, Blunakka, so when Dan got the phone call offering him first dibs at the purchase, he didn’t hesitate in saying yes.

“I saw this horse in the paddock as a yearling and he immediately took my eye but his breeder and owner at the time, Rob Rorrison, said he is going to be trained in Sydney to give his racing partners (who live in Sydney) a chance to attend the races”. Dan explained. “So years later when Rob rang to say they were selling him, I just said yes, I’ll have him”.

He is lightly raced and settled into Ballarat life really well, so he has been a good little buy for his fantastic crew of owners. The majority of them live local, and a lot of them are involved with the Burrumbeet Racing Club and those that don’t are closely linked.

They are a great crew of people to train for and hopefully we can keep providing them with some winners.